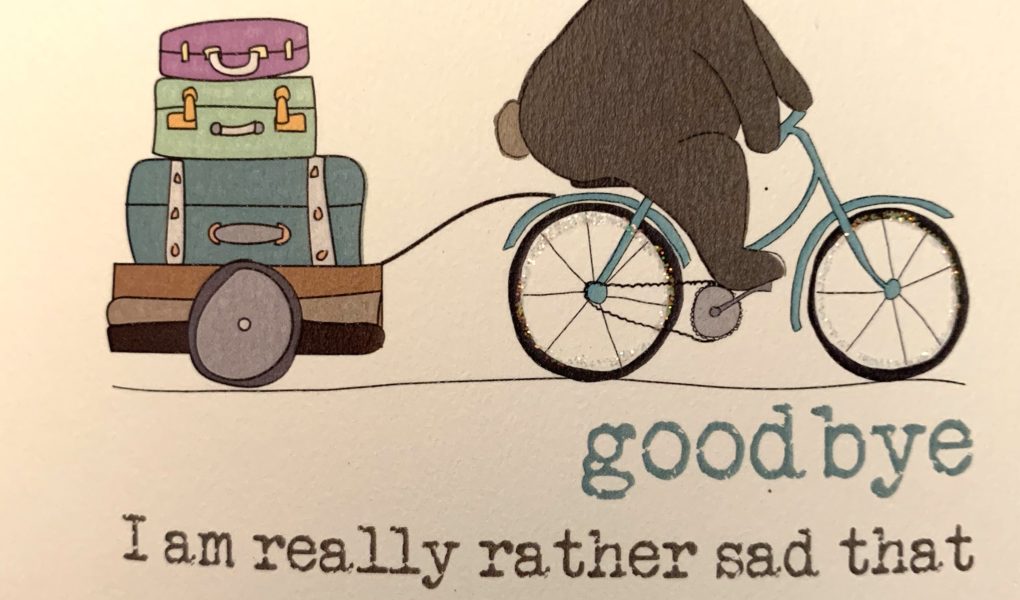 I have a cute little card that’s been sitting on my desk since early January this year.  It has a cartoon picture of a bear riding a bicycle, towing a little trailer full of suitcases.  The caption below says: “Goodbye.  I am really rather sad that you’re leaving.  I miss you already”.

It’s a sad sentiment because it implies loss, but I absolutely love it because it was given to us by our maid who was leaving to go back to her home country to have her baby.  And as English wasn’t her first language (although she did bloody well to understand most of our heavily Kiwi-accented butchery of our mother-tongue), and the card is meant for leaver rather than the leavee, the sentiment was really sweet.  We were really rather sad that She was leaving, but she was equally sad to be going.

And it makes me think often about loss and leaving.  Given we live as expats in a country that can never be our forever home, there will be a point in time when we, or our friends, will leave to go back to home countries, or on to new ones.  It’s just a fact.

But even though we know it’s inevitable, it’s still hard to deal with.  We build quick and deep relationships with people as expats, as we are all out of our comfort zones and away from family support.  Our expat friends become our family, warts and all, and the bond is strong as we deal with adversity together (some countries more than others admittedly). So it seems harder to say goodbye.

So how do we deal with it?

Well after being away from ‘home’ for the last 20 years, there are a few things I’ve observed that help expats get through:

At this current point in time, other than my maid (who had a beautiful, healthy baby girl on 1 April), I haven’t had any of my close friends leave.  But I know that given the situation the world is going through right now there will be changes.  Jobs will change, life-styles will change and priorities will change.  We’ll just have to go with the flow and remember good friends are for life, not just for Christmas.

And wash your hands!

How do you cope with leaving or loss?  Let us know. 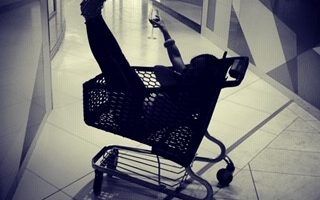 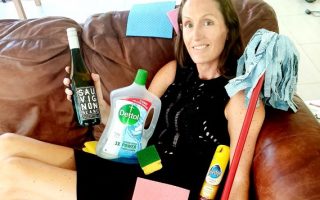 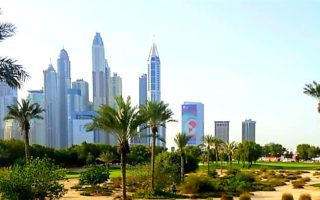 Lovin’ Dubai: Why I Can’t Live Anywhere Else!