Home / There's Busy... Then There's Dubai Busy / The Hidden Cost of Leaving Loved Ones. Especially Those With Fur… 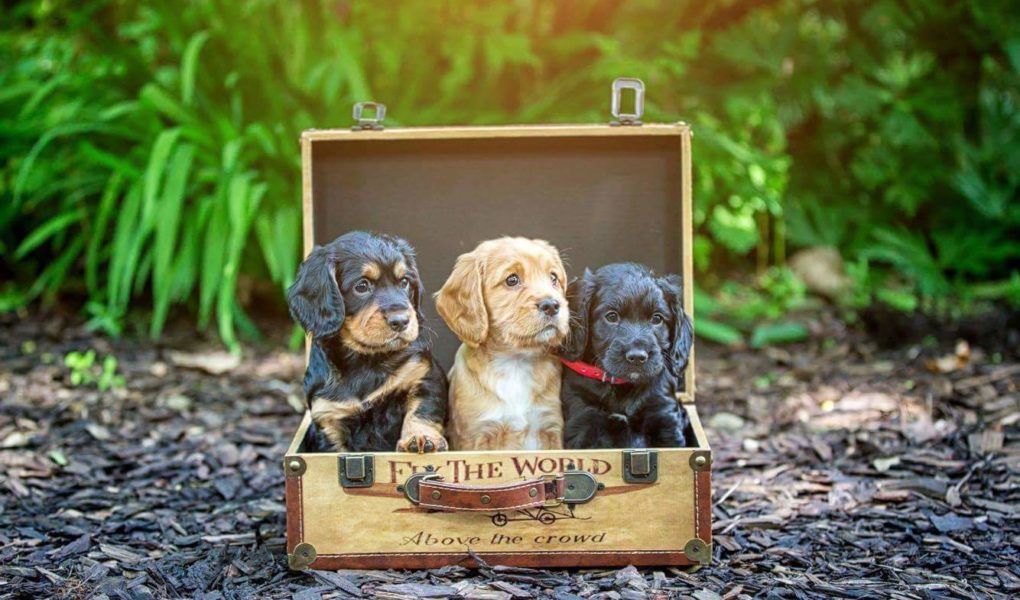 So named because she looks like she is wearing four little brown socks.

She’s the one on the left in the suitcase and is our gorgeous fur baby.

Sox joined our family in August 2016 and has just turned three years old (or 28 in dog years).

From the moment we picked her up she turned our world upside down in the best possible way, it was love at first sight. Even if she did howl all night for the first week, it wasn’t long before we couldn’t imagine life without her.

That is, until 18 months later when my husband was offered a job in the UAE and we made the agonisingly difficult decision not to relocate her with us.

We could’ve brought Sox to the UAE, and we know plenty of expats who have successfully relocated with their pets, it just didn’t feel like the right thing for us to do based solely on her, and her temperament.

Sox is a working Cocker Spaniel (shooting, hunting and fishing run deep within her veins), she loves nothing more than running for hours in the countryside, and if you come near her brandishing a lead she is outta there. Dubai, with an average temperature of 36degC, where dogs need to be on leads at all times, and where they aren’t allowed in most of the parks and beaches just didn’t feel like a good fit for her.

Thankfully, my mother-in-law, who lives on a fabulous Yorkshire farm and loves dogs, totally understood our concerns and stepped in with an offer to take her in.

Problem solved. We cheered until we realised not only did we have to tell the children we were moving to Dubai, we also needed to tell them there dog wasn’t coming with us…

When we first broke the relocation news, literally pulling the rug of life from under them, their first questions through floods of tears revolved around Sox:

“We’re not leaving her behind!”

They were so upset we couldn’t bring ourselves to make it worse, so we let them believe she was coming with us. That was the day our stealth campaign started. The aim of which was to get them to come to the same conclusion we had, Sox would be miserable in Dubai.

It took a while, and I admit we were shameless, we talked to them constantly about their new home country and referenced Sox at every possible opportunity:

Us: “It’s REALLY hot in Dubai, how do you think Sox would cope with the heat?”

Kids: “Ummmmm she doesn’t like it when she’s hot”

Us: “Argh look how much fun Sox is having running across the fields! How do you think she will feel on a lead all the time with no fields to run across?”

Kids: “Mummy you know she doesn’t like being on a lead, she will totally hate that.”

And on it went until the day finally came when our kids approached us to say, actually, could we speak to Granny and see if she would look after Sox for us while we are away?…

The heart-ache didn’t stop there though. It really hurt saying goodbye to her, more so than saying goodbye to the humans in our life. I hope this doesn’t sound awful to say, we really do love our friends and family and miss them terribly, but it is easier to stay in contact with them via phone calls, Skype and email. When you say goodbye to a pet it’s more final and it hurts like hell.

We know Sox couldn’t be happier. She currently has free-rein on an amazing farm, running around with her best friends Henry-the-Labrador and Betty-the-Beagle.

And us? Well let’s just say we are learning to live without her, and still miss her like crazy. But we get regular puppy updates via WhatsApp, and are counting down the days until we can see her again during our next holiday to the UK. (We are hoping to still rank as highly in her affections and get one of her excited ‘wees’ as soon as she spots us!)

When you take the plunge to move abroad your head will spin with the amount of decisions you need to make.

There are no right and wrong decisions, just decisions that you make which suit you and your family.

Don’t second guess yourself, if your choice isn’t the same as someone else’s, just go with your heart and gut and what feels right to you at the time!

P.S. Have you had to leave a pet behind? Or taken them with you? Tell us your experiences in the comments below. 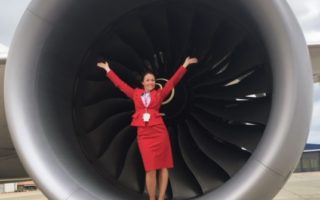 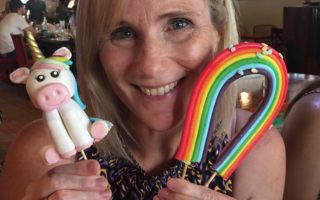 But is it all Rainbows and Unicorns? 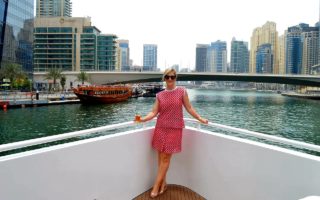